The aroma of a freshly brewed cup of creamy and bold Turkish coffee has been captivating the senses since the 1500s.

And now you can experience this unique flavor in your own home, in under 15 minutes.

I’ve got just the recipe that will have you brewing this unique type of coffee, so get ready – it’s time to learn how make an aromatic and delicious cup of traditional Turkish coffee.

What is Turkish Coffee?

Turkish coffee is traditionally brewed in a copper coffee pot called a cezve/ibrik – a small pot with a long handle. Even though you only need finely ground coffee, water, and probably some sugar, it takes longer to prepare than other coffee types you’re used to.

It is known for its strong, bitter flavor, and slightly sweet aftertaste. The coffee is brewed slowly over low heat, served in small cups, and the grinds left over can even be used to tell your fortune.

Turkish coffee has a rich history, with its origins traced back to the mid-1500s. It quickly became popular within Ottoman society and during this time professional baristas known as “Kahveci Usta” began preparing Turkish Coffee for palace dwellers and high ranking officials throughout the empire. In the 1650’s, however, the Grand Vizier issued laws to shut down the coffee houses due to fears of subversive activities taking place in them.

Today, Turkish Coffee is still seen as an integral part of many cultural traditions including marriage ceremonies where brides prepare special cups of raw ground beans mixed with sugar or salt depending on their intention… Something that will certainly leave both families involved feeling satisfied 😉

What Do You Need to Make Turkish Coffee?

Turkish coffee is traditionally made with only two ingredients:

You need to grind your beans extra-fine for Turkish coffee.

That’s all you need. Additionally, you can add aromatic spices and sweeteners to improve the flavor like:

How to Make Turkish Coffee

There is only one bare-bones way to brew delicious Turkish coffee. You can start by following the quick and easy recipe below.

Taste History with this Easy to Make Turkish Coffee Recipe

This simple recipe can stand alone for itself. However, it is also highly customizable by adding spices you like! Try it if you’re in the mood for a bold and flavorful cup of joe.

What Kind of Cup Should Turkish Coffee Be Served In?

You can use the demitasse serving cup most of the time. They’re perfect for holding strong, concentrated brews like Turkish coffees and espressos.

However, suppose you want a more authentic experience. In that case, you can use the Turkish coffee cup called the “fincan.” They’re thicker than your standard cups (useful to keep it hot longer), handmade, and generally look better because of their unique design.

A lot of people need clarification about which is which, but they’re the same thing apart from semantics. As Turkish coffee became popular everywhere else, the equipment got lost in translation over time.

Cezve is the Turkish word for “coffee pot,” while ibrik is a borrowed word from Aramaic, which loosely translates to “water pot.”

People in the Balkans specifically differentiate between the two. Cezve is for coffee pots, while ibrik is for water pitchers. However, in the US, we refer to them as ibriks, while in Greece, they refer to them as “briki.”

No, it is not. Turkish coffee is stronger because the coffee is not filtered and is more concentrated. You will have to offset the bitterness with some sugar.

If you want to drink it without sugar, here are the alternatives you can use:

Also known as “kahve fali,” it is a fun and traditional way to tell your fortune using the patterns and shapes left behind in the cup after drinking Turkish coffee.

After the coffee is brewed, the person will drink it slowly and concentrate on the reading. As they finish the coffee, the remaining grounds will settle at the bottom of the cup, and they will determine the signs left behind to predict their fate.

People love it because it shows a glimpse of Turkish beliefs and culture. You can read more about it in this article here.

No, they are different coffee drinks. Turkish coffee is stronger, and there is a specific way to prepare it (outlined above).

Espresso is made in an espresso machine, and tastes different due to the 9 bars of pressure used to force water through the coffee puck.

This simple recipe is a fast and convenient way to immerse yourself in a centuries-old culture while never having to leave the house. With just a few ingredients and a bit of patience, you, too, can have a perfect cup of Turkish coffee that can rival coffee shops.

Let me know how your brew went by commenting below!

Tom is a certified barista who is passionate about coffee, and loves sharing his knowledge with others on this site, and in real life as well. He has been brewing coffee for as long as he can remember, and is always exploring new techniques and ways to improve the craft. When he is not drinking or thinking about coffee, he is probably playing with his kids, or on the guitar.

As a certified barista, I’ve made my fair share of Java Chip Frappuccinos. And while Starbucks certainly knows how to make a delicious Frappuccino, you don’t have to go to a coffee shop to enjoy one. With the right ingredients and a little bit of know-how, you can make a Java Chip Frappuccino that’s just…

Starbucks is great (sometimes), but making espresso at home is much better than drinking it out of a paper cup for $3 per shot. Learning how to make espresso yourself is well worth your while if you want to have delicious, café quality coffee at home. Espresso is, of course, the basis of many other… 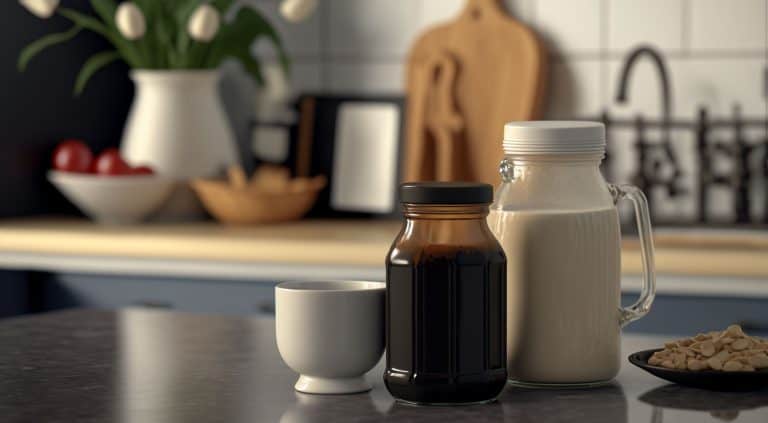 Are you tired of the same old boring coffee creamer options? Or do you want a way to spruce up your morning coffee without worrying about your allergies? You’re in luck because I have the perfect solution: a homemade, dairy-free coffee creamer recipe that will leave you feeling good about what you’re putting in your…

Let me ask you something. If you answered yes, you must learn how to make Red Eye Coffee. The extra caffeine kick will wake you up quicker than you think. It is very easy to make, read our Red Eye coffee recipe below to learn how. What is a Red-Eye Coffee? Red-eye coffee is a…

Making flat white coffee at home is like having your own personal barista right in your kitchen! There’s nothing quite like the rich, creamy taste of a homemade flat white – and with just two main ingredients, it’s easy to whip up one of these delicious drinks any time you want.  This recipe will teach you…